The most commonly confused words in the English language, according to Microsoft

The most commonly confused words in the English language, according to Microsoft:

2. Awhile and a while
"Awhile" is an adverb meaning "for a short time" and is used to modify verbs. E.g., She played the piano awhile.
"A while" is a noun phrase consisting of the article "a" and the noun "while" and means "a period or interval of time." It is often used with a preposition. E.g., I'll be coming in a while.

4. Each others and each other's
"Each others" is the plural form of each other, but it's not appropriate to use it. You most likely meant "each other," e.g., Pete and Mary love each other very much.
"Each other's" is the possessive form that indicates belonging to someone or something. E.g., We tried on each other's dresses.

8. You and your
"You" is the second-person pronoun and can be used as the subject or the object of a sentence. E.g., I can't believe you always win the raffle. Or I saw you at the movies last night.
"Your" is the possessive form of "you" which indicates that something belongs to you. E.g., Can I borrow your car tomorrow to drive to Las Vegas?

9. Advice and advise
"Advice" is a noun meaning "recommendation, guidance." E.g., My father's advice was always very precious to me.
"Advise" is a verb meaning "to recommend, to inform, to warn." E.g., Your father will advise you if you ask him to.

Email ThisBlogThis!Share to TwitterShare to FacebookShare to Pinterest
Labels: describing emotions in english

Most singular nouns form the plural by adding -s.

A singular noun ending in a consonant and then y makes the plural by dropping the y and adding-ies.

There are some irregular noun plurals. The most common ones are listed below.

Some nouns have the same form in the singular and the plural.

Some nouns have a plural form but take a singular verb.
Some nouns have a fixed plural form and take a plural verb. They are not used in the singular, or they have a different meaning in the singular. Nouns like this include: trousers, jeans, glasses, savings, thanks, steps, stairs, customs, congratulations, tropics, wages, spectacles, outskirts, goods, wits
at April 24, 2017 No comments:

Nouns answer the questions "What is it?" and "Who is it?" They give names to things, people, and places.

In general there is no distinction between masculine, feminine in English nouns. However, gender is sometimes shown by different forms or different words when referring to people or animals.

Many nouns that refer to people's roles and jobs can be used for either a masculine or a feminine subject, like for example cousin, teenager, teacher, doctor, student, friend, colleague

It is possible to make the distinction for these neutral words by adding the words male or female.

Infrequently, nouns describing things without a gender are referred to with a gendered pronoun to show familiarity. It is also correct to use the gender-neutral pronoun (it).

http://www.ef.edu/english-resources/english-grammar/noun-gender/
at April 24, 2017 No comments: 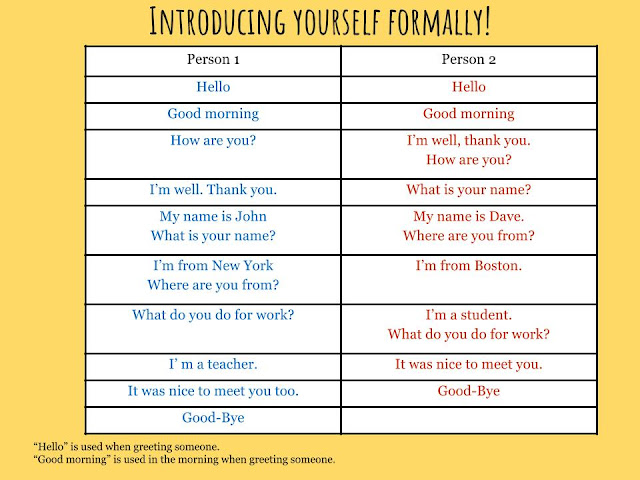 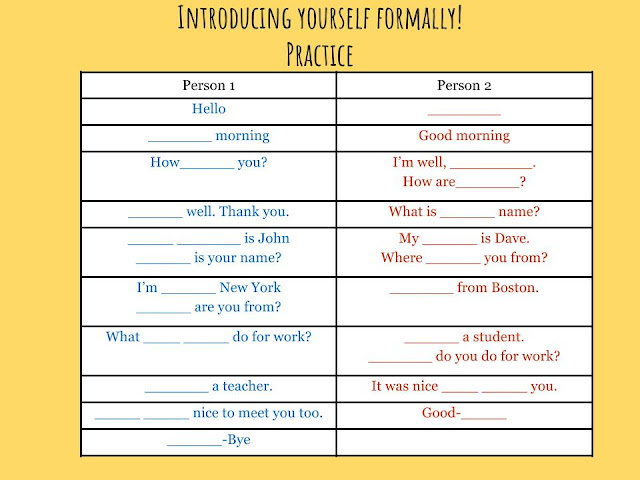 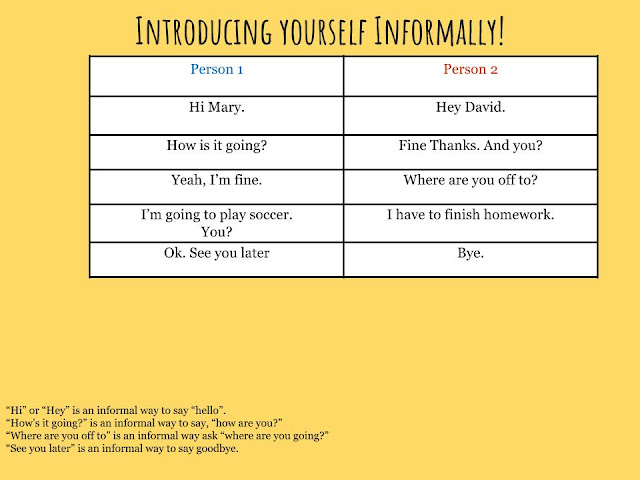 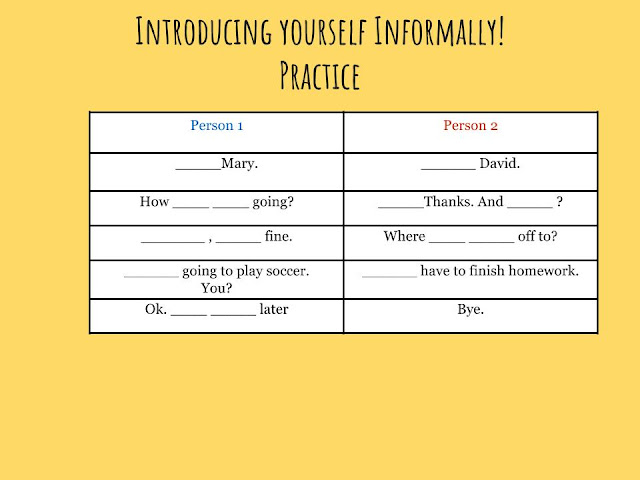 A Guide: Forming sentences in an English Conversation

Below are some examples on how to form a sentence in English in addition to speaking. 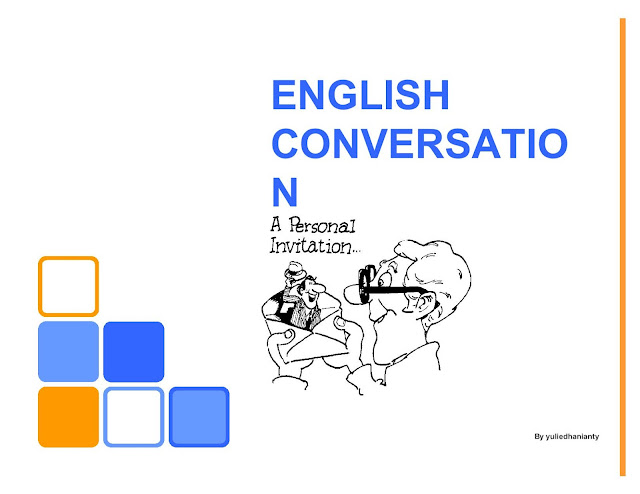 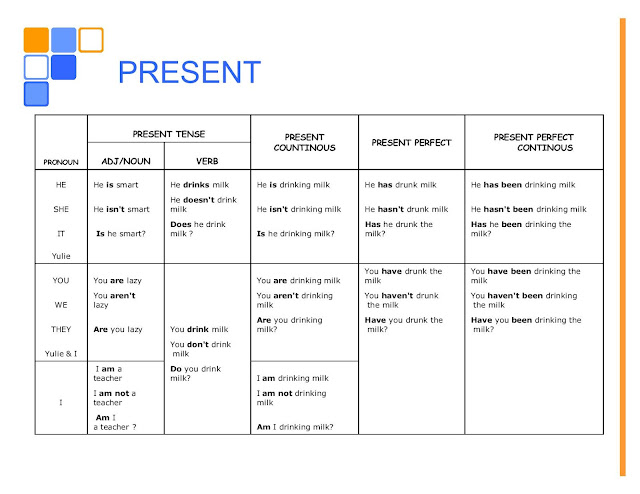 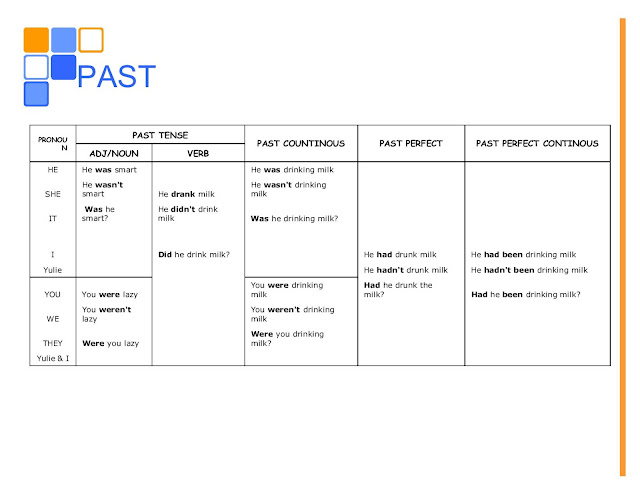 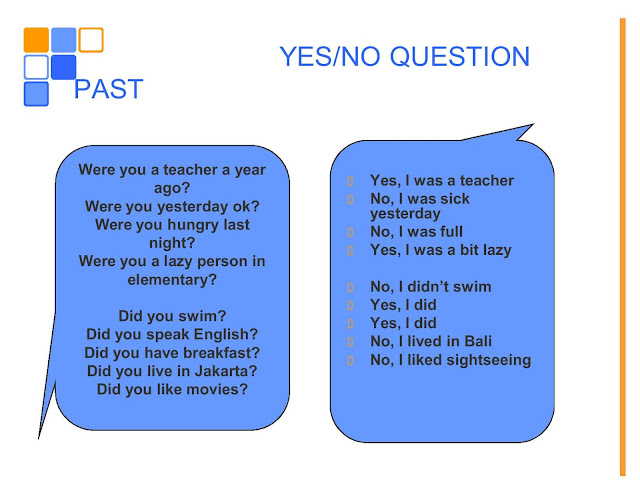 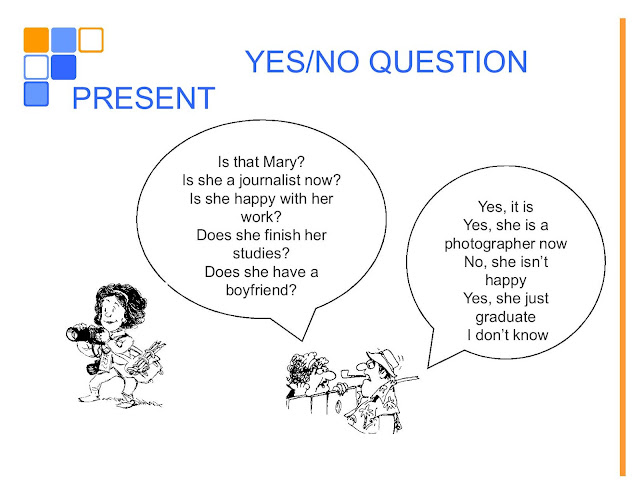 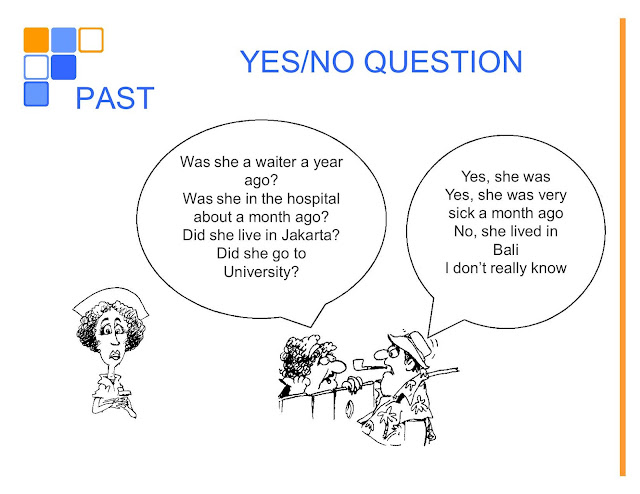 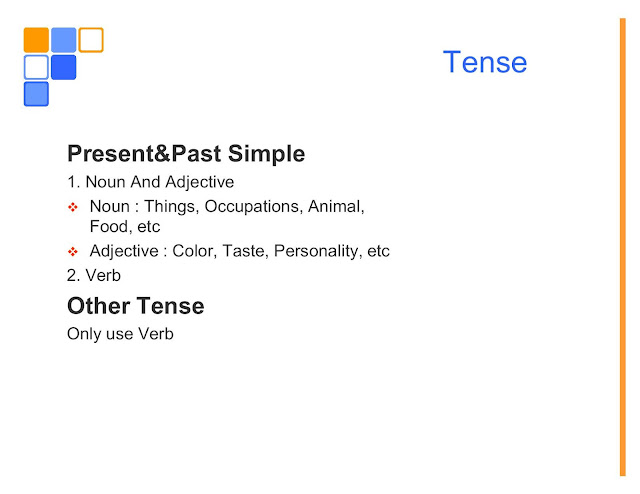 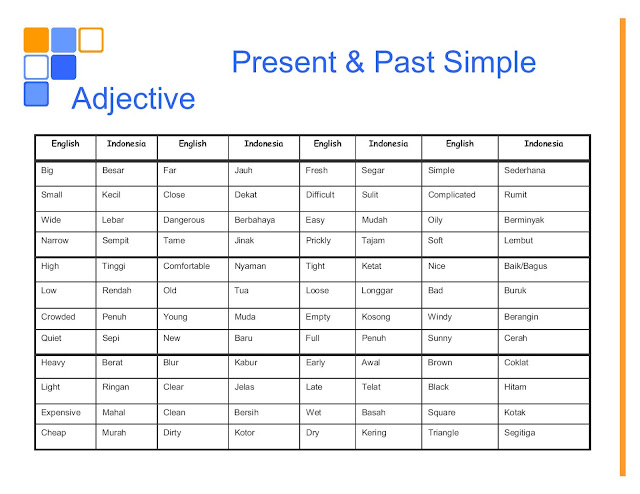 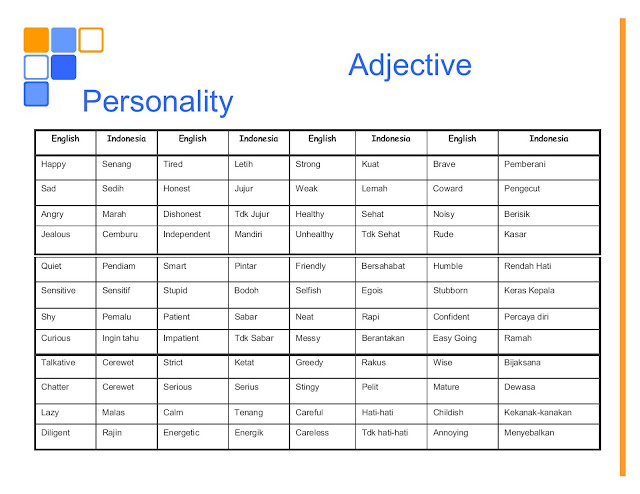 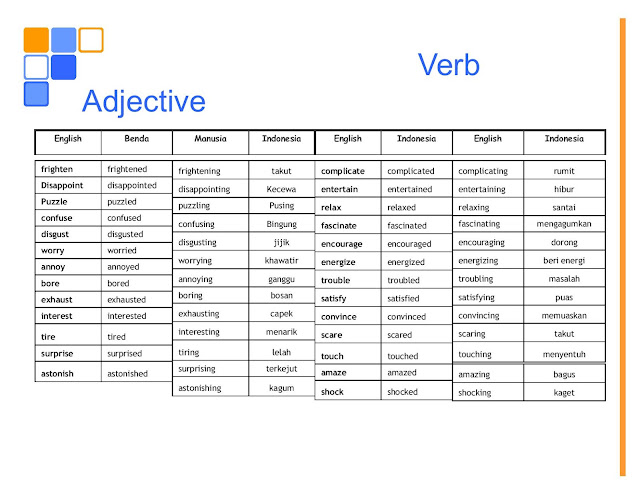 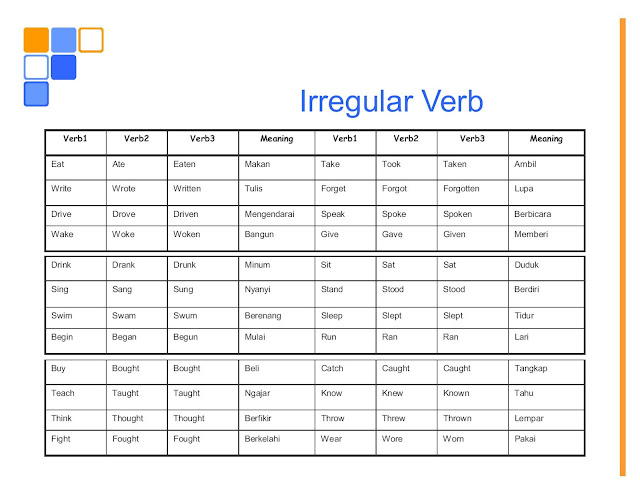 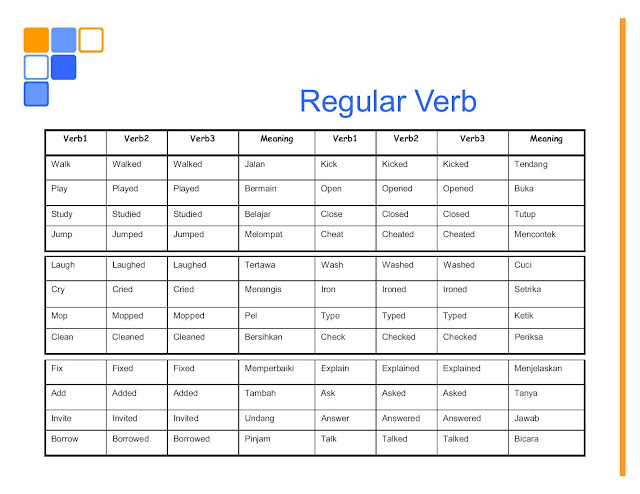 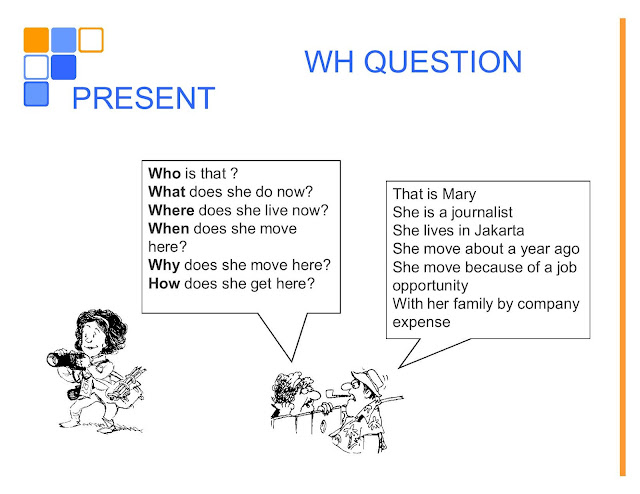 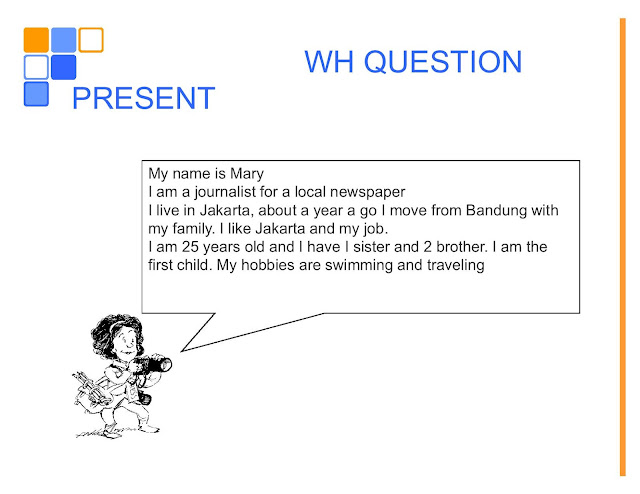 Learn to use common idioms and expressions and your English will sound more native! 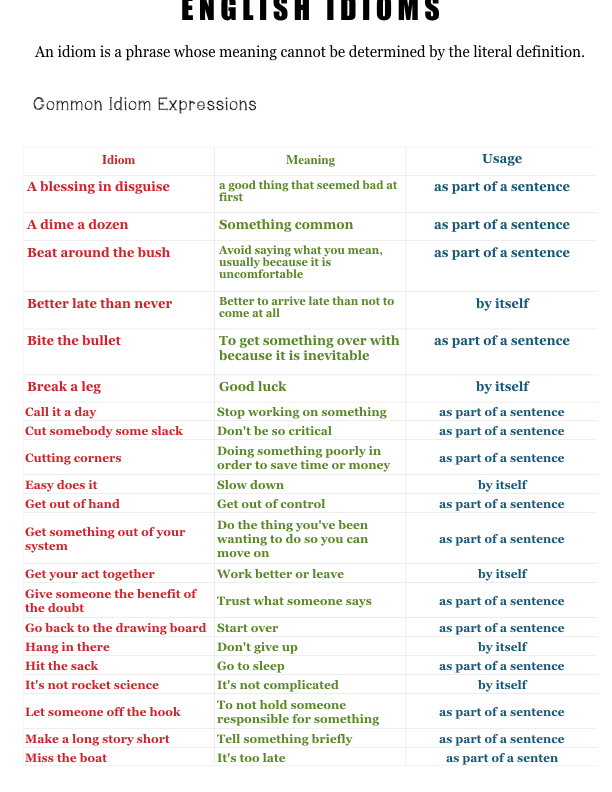 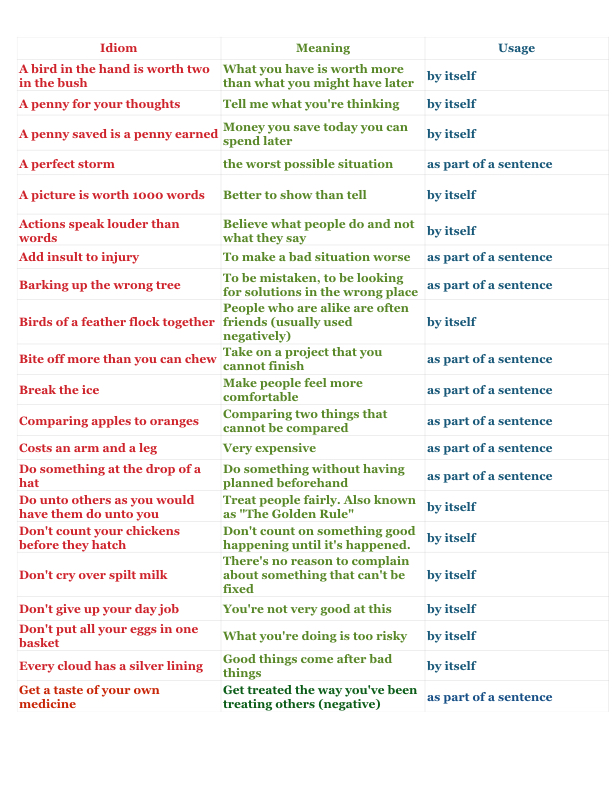 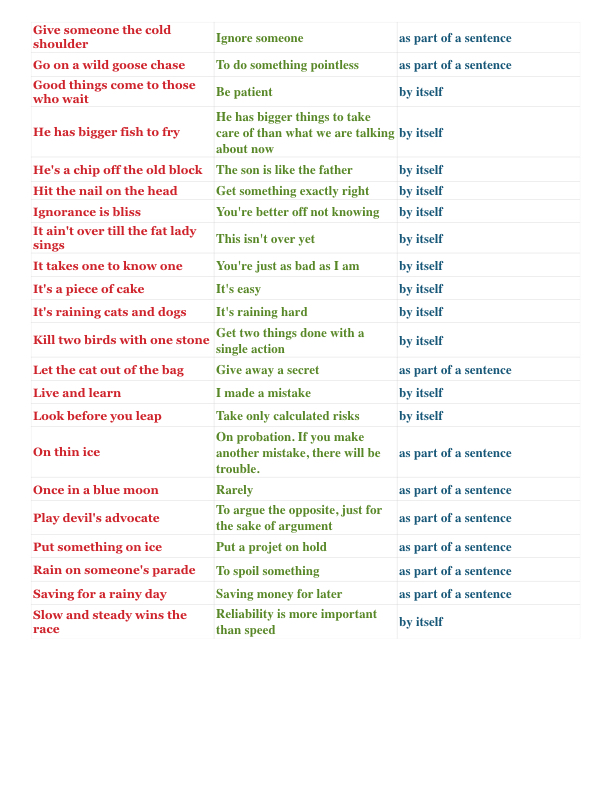 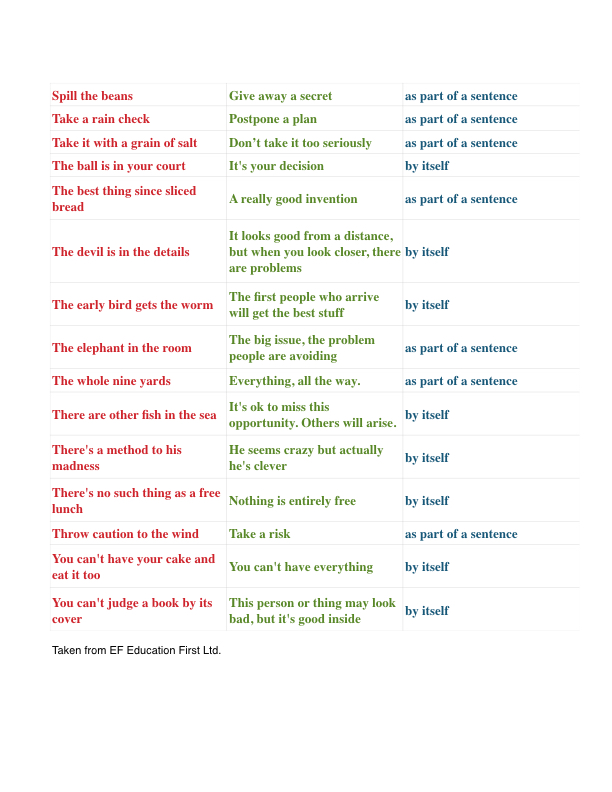 How to ask a question in English

Resource: https://www.englishclub.com/vocabulary/wh-question-words.ht
at April 19, 2017 No comments:

a a/an adjectives adverbs an appearance around articles asking a questions at Be below between by conversation conversations in english declarative describing emotions in english do does English Conversations english expressions English Idioms English phrases english questions exclamatory expressions feelings and emotions for formal conversations future gender nouns has has been have how how long Idioms imperative in in front of informal conversations inside intermediate interrogative irregular verbs near next to noun nouns object pronouns on on and up out of outside particles past Past simple past simple irregular verbs perfect personal pronouns plural nouns prepositions present Present Perfect present perfect continuous present perfect simple present simple tense progressive pronouns questions. sentences Simple present tense since singular and plural nouns singular nouns Spanish subject pronouns the types of sentences under verb tense verb tenses verbs with 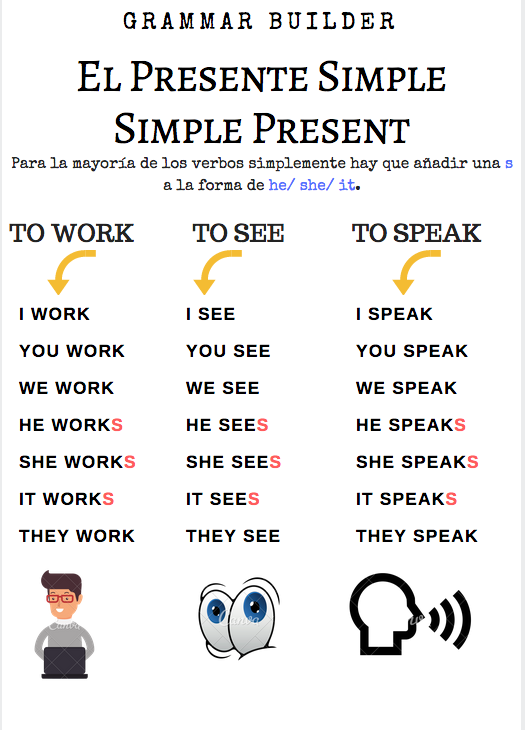